Let’s start this with a beautiful story

Once upon a time, there was a remote village called Caballovill. Caballovill had a tradition. Every boy and every girl on his/her 10th birthday gets to choose a horse from a vast collection of horses the village caretakers had. The rule of picking up the horse was simple- just pick the one which catches your eye and heart first. Some kids liked the white horses, some liked black ones or brown ones while others liked the one with spots. Some liked the rarest of rarest while others were content in choosing the most common ones. These horses would stay with them all their lives.

It was just 2 days for Sam’s birthday and he was very excited about picking up a horse for himself. He didn’t had a pre-made decision about which horse he would be choosing. On his birthday, Sam found himself standing in the middle of stable full of horses. After spending more than 2 hours inside, he came out with his rope still in his hands and not around a horse. The news spread like wildfire and soon Sam and his family were the centre of mockery for the whole village. Sam just couldn’t help but cry because of the pressure he was facing from everybody. What nobody knew except Sam’s best mate Mathiew was that Sam had a soul partner and it wasn’t a horse. It was an elephant. His best mate understood it but they knew nobody else would.

Annual Horse Racing Festival came and everyone was super excited but Sam. Spending sleepless nights before the festival, he decided something. By the time horns declared the inaugural of festivals, there was Sam standing with his elephant and daringly telling everyone that he would be participating in race. Yet again he faced what he expected, criticism and mockery. Everybody ruled him out but he was confident and there was determination in his eyes clearly shown. And then the race started….. 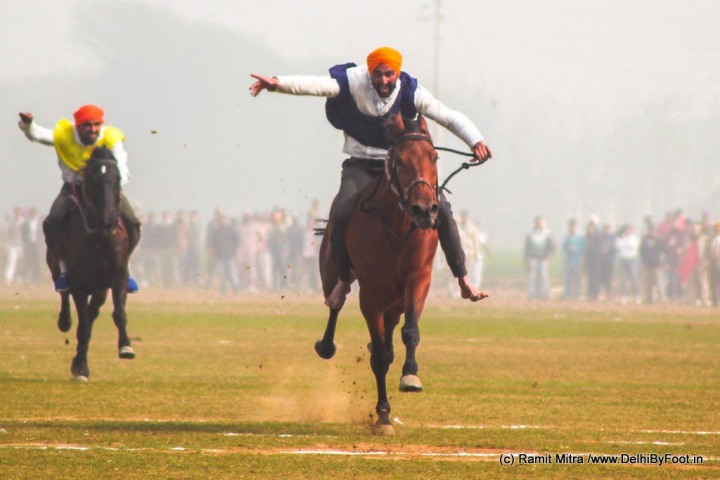 Now let me ask you a simple question. Do you think Sam won? What are the odds? Even if the elephant was trained to limits, do you think Sam was right taking part in the competition? Are you really expecting a happy ending here?

I bet you get the drift of what I want to say. You just cannot make a fish fly. Sam was right in his decision to having elephant as his soul partner but wrong in going with him to the race. He could have taken him for a weight lifting or eating competition. Very well. But no. We gotta be realistic here.

We all are Sam at some point or other in our lives. Some of us are more of it and some are less. Society throws us it’s old-school norms which has to be changed with time and obviously which do not apply to everyone. True. We all are not meant for same flavour of pie which a major part of society thinks is best for us. Many of us are Sam too. Not in one but many situations of our life.
Being different is awesome but being obsessed with this feeling can be hazardous. Because walking over this road can make you blind and you just might miss some of the moments that will end up defining your very existence.

Make synonyms of ‘being different’ and you will find one narrowing to fame. Getting stick to your core purpose and not turning towards negative relative feelings like lust, greed, fame, power, money just only give temporary happiness is nothing short of blasphemy.
Share any similar thoughts that you have. Like, comment and share if you like what you read. Cheers! 🙂

3 thoughts on “The Difference in ‘Being Different’”