A school planned to organise a 4 day adventure trip to some exotic place. Class teacher entered the classroom and told students about the plan. Now, there were 3 types of students:-

Sid’s mind was stuck in the future now. He genuinely wanted to join his friends and enjoy the 4 days of heaven. But, his parents were the blockage that he needed to cross anyhow. He knew that this chance had to be taken. He had to do something to make it happen. And he started the fight for it.

Sid kept on requesting and making his parents understand.

Days went and he was always answered with a NO. He pleaded to let him go and he would never ever ask anything else, to which his parents gave lame reasons. Sid complained his class teacher to convince his parents. But nothing happened.

Sid just stood at the school gate waving off to his friends. He wanted to shout and cry but he managed to just weep inside. He did everything he could do. He was tired of fighting with his parents daily and now, he knew that he got the unerasable black spot of his life.

Sid was hanging out with two of his buddies – Max and Alex. Max, being the extra-ordinary thinker came up with a question- “Is it important to have regrets in life? “. Max and Alex knew the Sid’s regret .

And, Sid came up with a reply, “YES, it is important to have regrets in your life”.

Do you wonder what happened with SID in those 4 years that after all this, he says that it is important to have regrets. Ask yourself, can you live with regrets and your dark memories that haunt you, kill you from inside and always make you hate yourself. Don’t they?

The fact is everyone live with their regrets. It is something that happened with us and can never be erased from our past. We can act to ignore and forget it. But can it completely go off?

You want to know what happened with Sid:

As soon as Sid joined the college, he organised an adventure trip just by himself for the whole college (Sid never ever came out for taking a leader position for anything in his whole life).

He became aware of himself (He never used to come out of his comfort zone and try something new).

He made his parents understand that he has the power of taking decisions for himself (He always feared to take decisions).

He is ready to give anything to make his dreams come true.

Let me show you a quote:- 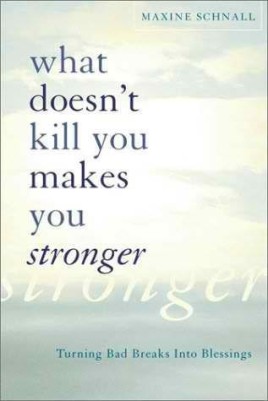 The Blackspot of his life shaped him. And now, he is thankful for it in every means. Because it made him what he is today- a person who is strong and always wants to grow, someone who can create something new for this world. He just want the world to say, “He came and went and the world was never same”.

If there is a blackspot in your life too, let it remind you that you are to create your life such that the blackspot is nothing but the same as our Earth is in the whole universe. Let your regrets make you strong. Let the spot be hidden over by the white light of your great experiences.